Have you heard Ed Sheeran’s song from the new Hobbit film? I’m completely obsessed with it! I have it on repeat as I write and I wish I could find more songs that inspire me like this one does. As I said yesterday, I still haven’t compiled the right list of songs for my next book, but this one is certainly the first on the list.

I wish I could hire Ed to write songs just for me. But sadly, that’s never going to happen. In case you don’t know just how much I love Ed, I’ll tell you. I discovered him in August 2011 because I downloaded the UK top 40 and heard The A Team for the first time.  It was insta-love. I became OBSESSED and would listen to nothing else. I even bought a Little Martin Guitar like the one Ed plays.

In February 2012 I rounded up my husband and best friend and dragged them all the way to LA to see Ed play at Hotel Cafe. It was a small venue, maybe 200 people, and it was such an incredible experience. I got to meet Ed, he signed my guitar and after the show, a group of us ended up in a bar where I somehow ended up giving an impromptu concert of Ed Sheeran covers with the newly signed guitar. I am very shy when it comes to playing music, so this was a real milestone for me. I met some amazing friends in LA that I still speak with and it was probably one of the most amazing experiences of my life.

I wish there was a way to go back and relive it just one more time. 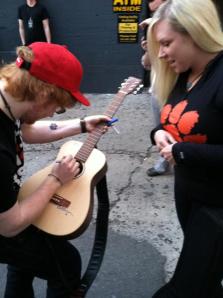 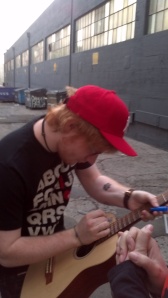 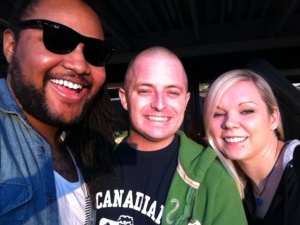 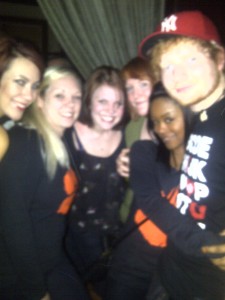 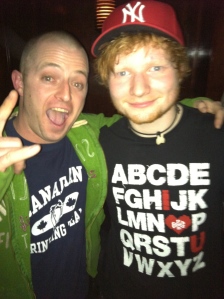