The sequel to Melody Winter’s NA Fantasy, Sachael Dreams is almost here. Check out the lovely cover and more about Sachael Desires, book two in the Mine Series.
During her ordeal with the Sect, Estelle Bailey dreamt of escaping back into the arms of the sea—and Azariah. But freedom came at a price, and though she’s back with the Sachael who’s stolen her heart, she’s also land-bound until the next full moon. And with the threat of Orontes looming ever larger behind them, Azariah, Estelle, and Michael—her once-captor turned rescuer and friend—are on the run.

Following Michael’s lead, they seek sanctuary amidst the natural beauty of the Orkney and Shetland Islands until Estelle can complete her next submergence ritual and Azariah can whisk her away to the safety of Saicean.
​ ​
Secrets, betrayals, and old enemies await them, though, and as events spiral out of control, Azariah makes a decision that puts all their lives at risk, forcing Estelle to face a journey she never wanted to take. With time running out and tempers running high, her only hope to save the man she loves lies in a reconciliation between two kingdoms who despise each other.
Book Two in the Mine Series, Sachael Desires further expands on the intricate underwater world of the Sachaels, and the hostility and isolation of not belonging.​ 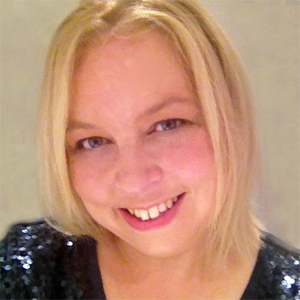 Growing up, Melody Winter showed a natural ability in art, a head for maths, and a tendency to write far too long English essays. Difficult to place in the world when she graduated, she pursued a career in teaching, but eventually ended up working in Finance. Melody is convinced the methodical time she spends working with numbers fuels her desire to drift into dream worlds and write about the illusory characters in her head.

Melody Winter lives in North Yorkshire, England, with her husband and two sons. When not dealing with football, rugby, and a whole plethora of ‘boy’ activities, she will be found scribbling notes for her stories, or preparing for another trip to the beach. With an obsession for anything mythical, Melody revels in reading and writing about such creatures. In fact, if she wasn’t such a terrible swimmer, she’d say she was a mermaid.

Sachael Desires is her second book in the New Adult Romantic Fantasy series – the ‘Mine Series’.
Learn more about Melody Winter on her website, twitter or facebook.

One thought on “Cover Reveal for Melody Winter’s Sachael Desires.”